“Good artists copy, great artists steal”. The post-pandemic subject, freshly robbed of two years of their life, witnesses increasing and banalized amounts of institutionalized theft on all fronts: the workers being robbed of their earnings and equity, nations being violently robbed of their language, culture and sovereignty, 6 million individuals robbed of their lives, corporate automated data-theft, monetary inflation and the advent of machine-augmented plagiarism. As new platforms and mediums develop without regulation, opportunities for theft arise alongside opportunities for other creative ventures, devices democratize access to casinos, tax havens, and canvases alike. The nascent novel production techniques announce the desacralization of art production and the birth of new incentive frameworks, fresh blood, inspiration, and revamped values breaching new creative frontiers. The exhibition “Zapzarap” invites us to re-examine our expectations about ownership, redefining the liminal vacuum of morality and grand theft aesthetics. If ownership in a digitally-surveilled economy always comes with strings attached, can following the money reveal any connections? “Zapzarap” invites the viewer to step into a world of carefree self-expression, a world where traceability is pondered, one that values authentic self-expression as a means to stand out. While the possibility of an original thought is more and more scrutinized, art has been kidnapped and the ransom is brazen authenticity!

born 1991 in Ivory Coast is studying painting at the Weißensee Art Academy, Berlin. He usually works on serial, large-format oil paintings. Rapp is particularly interested in the disturbing factor in a painting, which creates a state of tension and thus ambiguity on the canvas. His works are often based on collages, from which figures are torn out of their original context and repeatedly installed in another room. He also uses references from his past or childhood, imagination and memories comes together and build a new reality. 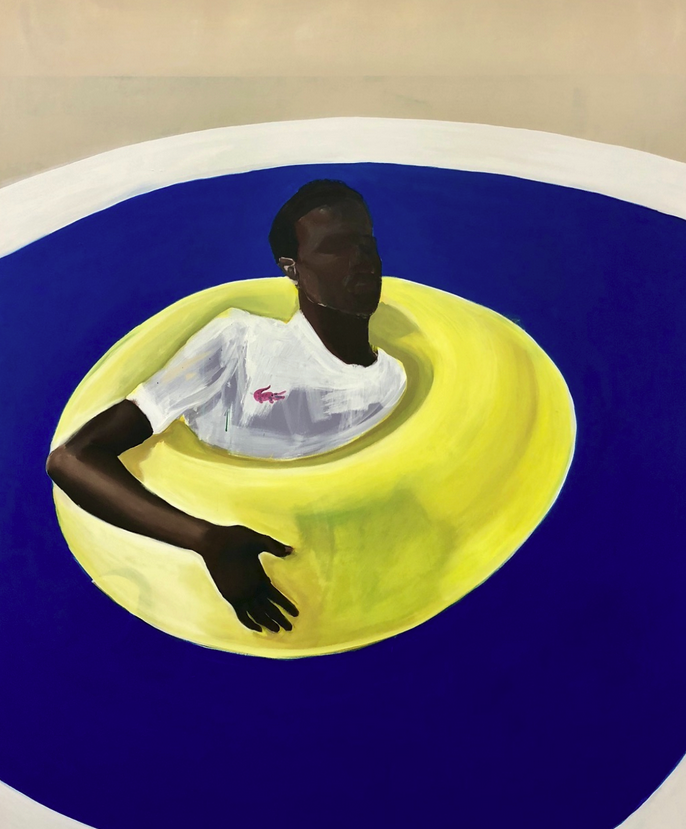 is a self-taught interdisciplinary visual artist based in Berlin. Influenced by the mesmerizing and ever-changing landscapes of her native Brittany, Amélie is fascinated by the elements, shapes & contrasts surrounding her, continually exploring new universes, in pursuit of unique emotions, atmospheres, and perspectives. Her work conveys her deep connection to the unseen beauty of our planet, with a constant need to distort reality & perceptions while bringing a sense of hope, freedom, and happiness. 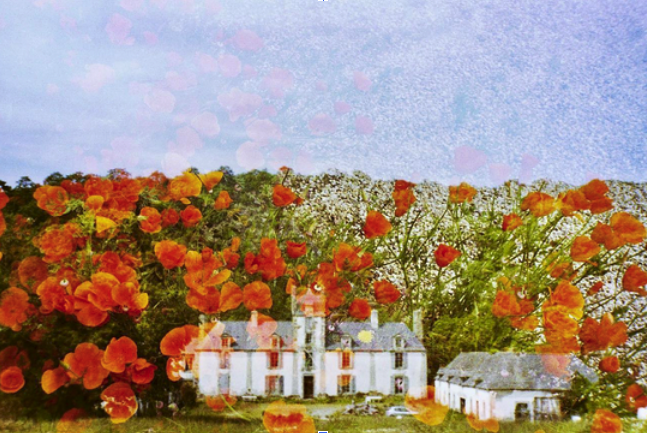 is a Berlin-based multi-disciplinary designer, creative technologist, and artist. Her practice includes 3D, animation, augmented reality, digital fashion, graphic design, and UX/UI. Commercially, Tabitha has worked with brands including Vogue Germany, Nike, Highsnobiety, Reebok, Origins, and others to create beautiful work in the creative tech and design sphere. Artistically, her work is used as a form of therapy, often composing questions rather than answers, and trying to faintly touch the unseen edges of human existence. She has exhibited at Miami Art Basel, Transmediale, Mmmad, Cadaf Arts, and more. 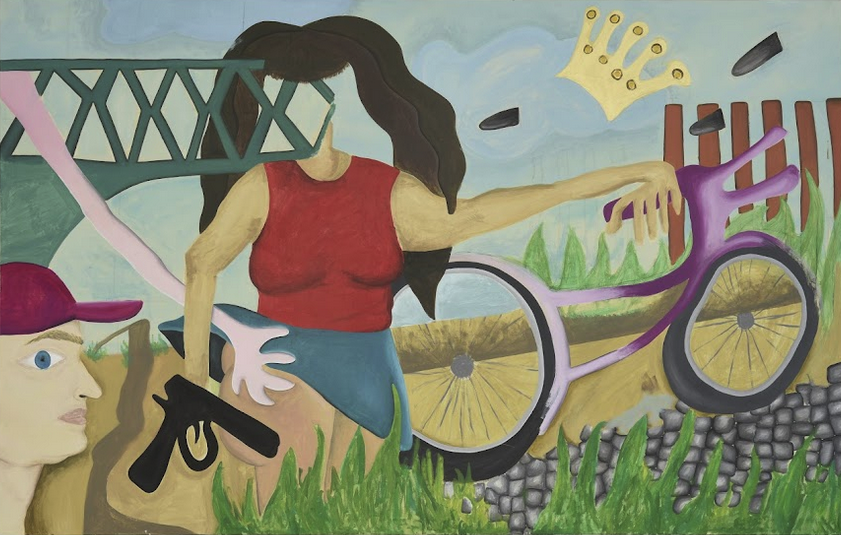 “Influenced by Latin American art in conflict with my European education, I try to reconcile myself with colonialist history in a kind of spoiled way. I create sensitive and vibrant images inspired by telenovelas’ playful and stereotypical Latin American characters. Using exaggerated, dramatic and humoristic language, I ask simple and sincere questions that attempt to humanize mistakes and social problematics. I depict intimate scenes that speak about universal themes such as the tragicomedy of a migratory process, colonial trauma and cultural heritage. In these scenes I present different imperfect and anthropomorphic characters who tell their very own micro-political stories. Lived or yet to be lived, invented or dreamt. Hard, weird and funny.”

is a Berlin-based automation artist essentially focused on the mutations caused by automation on the fleeting definition of the creative process, he is trying to encode art direction into custom autonomous virtual machines. Their output is based on passively repurposing internet material into new results, the greater goal being not only to summon a subjective soul into the machine realm but also to explore new methods of production that have inherent scalability properties. As such the modular properties of his practice allow us to gaze into an imminent future where the notion of artistry is constantly pushed further into abstraction: a scaled body of work striving to embrace noise, reconsidering every single error and side effect as the fundamental benefits of this approach. 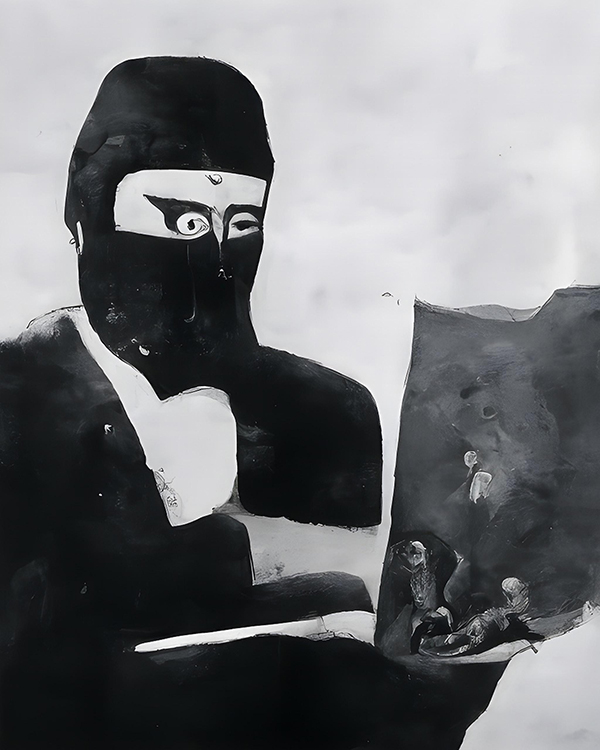 is an interdisciplinary designer/artist based between Berlin and Amsterdam. Through world building and speculative narration, she critically examines masculinity models, more-than-human relations, monetary systems, and the agricultural protein transition. Her work comprises video, installation, and performance and has been featured by Sonic Acts Amsterdam, Video Power Maastricht, and Re:Kultura Kraków. She recently graduated from the Food nonFood department of Design Academy Eindhoven.

is a painter and plastician artist working and living in Berlin ethically sourcing her material and upcycling materials. She focuses on abstract compositions with a variety of support. Educated as an art historian there was always this inner critic in her practice about the role of art in our society then and today.

is an earthling of the Western Hemisphere, with 100% proletariat pumping through his veins, a monument of the working class. He is a provocation standing in the room, which zap like a remote condition non-stop by the television channels of the society.