Rearing its ugly head once again, we are currently experiencing the vivid comeback of hyperconsumption, environmental disaster and political turmoil ironically paired with the illusion of being able to operate more or less like we did before. During lockdowns, the rise of Non Fungible Tokens increased the transactional nature of Art and furthered the global disconnect between Art and ambition; data-dadaism inflating the egos of artists and nudging them towards becoming independent businesses. These times offer an opportunity to face our learned behaviors with fresh eyes. They ask us to decide what, if anything, was learned from forced isolation and how to integrate those lessons moving forward. But they also let us to once again rejoice and celebrate the physical and social aspects of our craft. ‘Endorphin Delusion’ invites us to re-examine the properties of the delusions we lost and what purpose they served in the first place.

Robin Rapp, born 1991 in Ivory Coast is studying painting at the Weißensee Art Academy, Berlin. He usually works on serial, large-format oil paintings. Rapp is particularly interested in the disturbing factor in a painting, which creates a state of tension and thus ambiguity on the canvas. His works are often based on collages, from which figures are torn out of their original context and repeatedly installed in another room. He also uses references from his past or childhood, imagination and memories comes together and build a new reality. 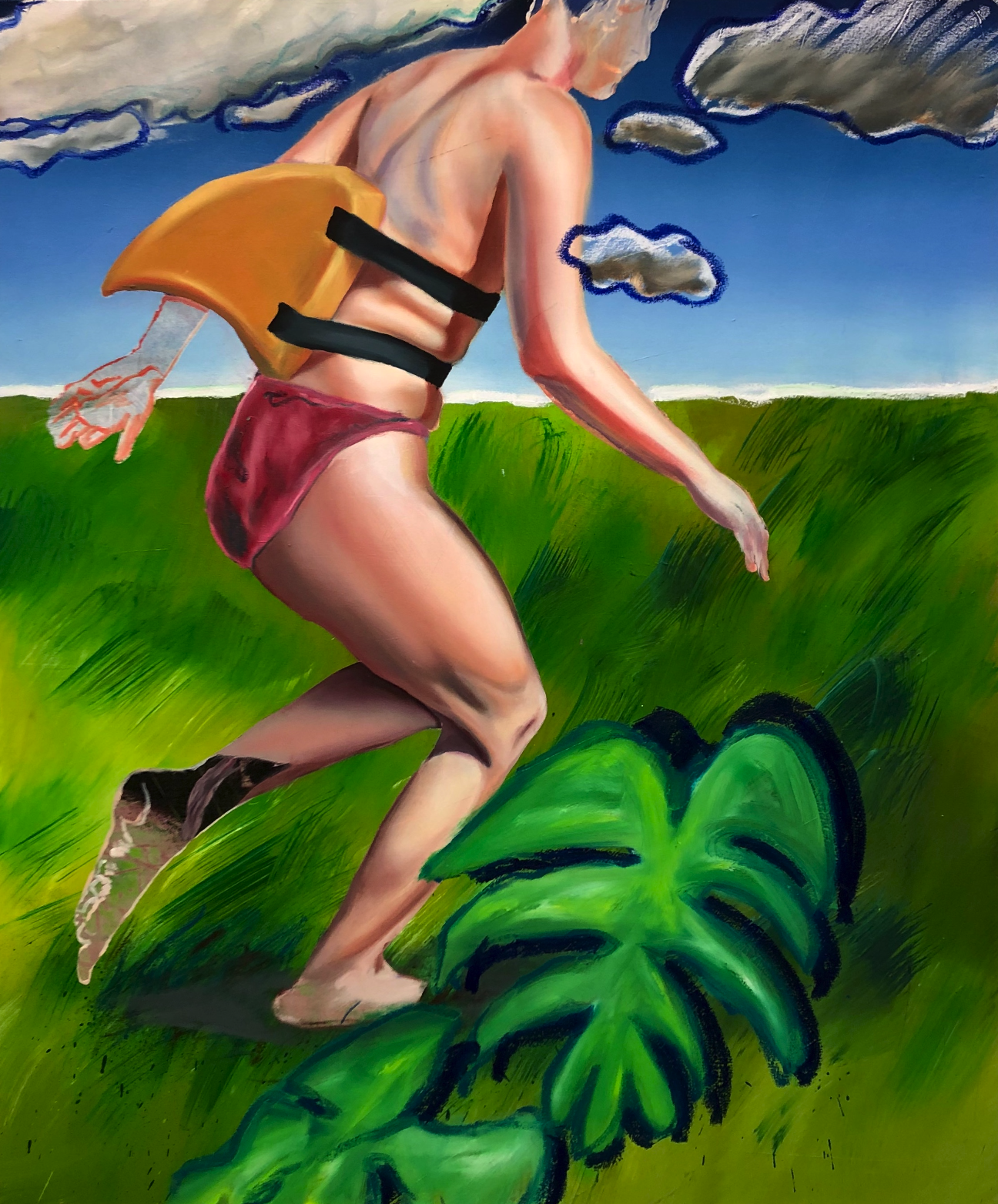 Yulav is an artist of various media, by birth from Siberia, lives and operates in Berlin. Its art takes origin from the street in its broader understanding. Yulav has worked for the street audience since 2018, still considering the outdoor surface as the best exhibition space and inspiration source. It has participated in numerous exhibitions in Russia, China, Czech Republic and had its first solo exhibition in 2020 in Berlin. The works presented at the exhibition send the viewer to the contradiction between the stormy stream of thoughts and their absence. The detailing of the canvas reaches such a scale that it is already not clear how harmoniously all these small thoughts embodied in reality. The author wonders about the necessity of detail as a whole, about the choice between the complex and the simple. Should one go into the wilderness and specify, should each detail be considered separately; or would it be more useful to renounce concretization and regard the object as something all-encompassing and extraneous. This abstract interpretation goes back further, to a conflicting society in which a certain group of cohabitants tries to complicate things, while a second group stereotypes them. The author’s reflection culminates in a moment of synchronization, a moment of harmony between contradictions. The author sees in the diversity, even the polarity of opinions and approaches - one wholesome thought that explains humanity.

Angelina Lambrikht is an artist from Russia who currently resides in Berlin. She has studied classical and contemporary art in Moscow, and has participated in various exhibitions in Russia, such as 6th Moscow International biennale for young art 2018. Angelina works in varied media exploring the relationship between daily objects and light. Often the ideas for her projects come from a steady gaze into the environment. Her approach is to re-assemble the routine and drown in the moment. She can use anything for her artworks from elegant glassware to plastic food containers. The objects themselves and their origin are of no value to her, it is important to find some hidden magic that is inherent in them.

pskl is essentially focused on the mutations caused by automation on the fleeting definition of the creative process, he is trying to encode art direction into custom autonomous virtual machines. Their output is based on passively repurposing internet material into new results, the greater goal being not only to summon a subjective soul into the machine realm but also to explore new methods of production that have inherent scalability properties. As such the modular properties of his practice allow us to gaze into an imminent future where the notion of artistry is constantly pushed further into abstraction: a scaled body of work striving to embrace noise, reconsidering every single error and side effect as the fundamental benefits of this approach. 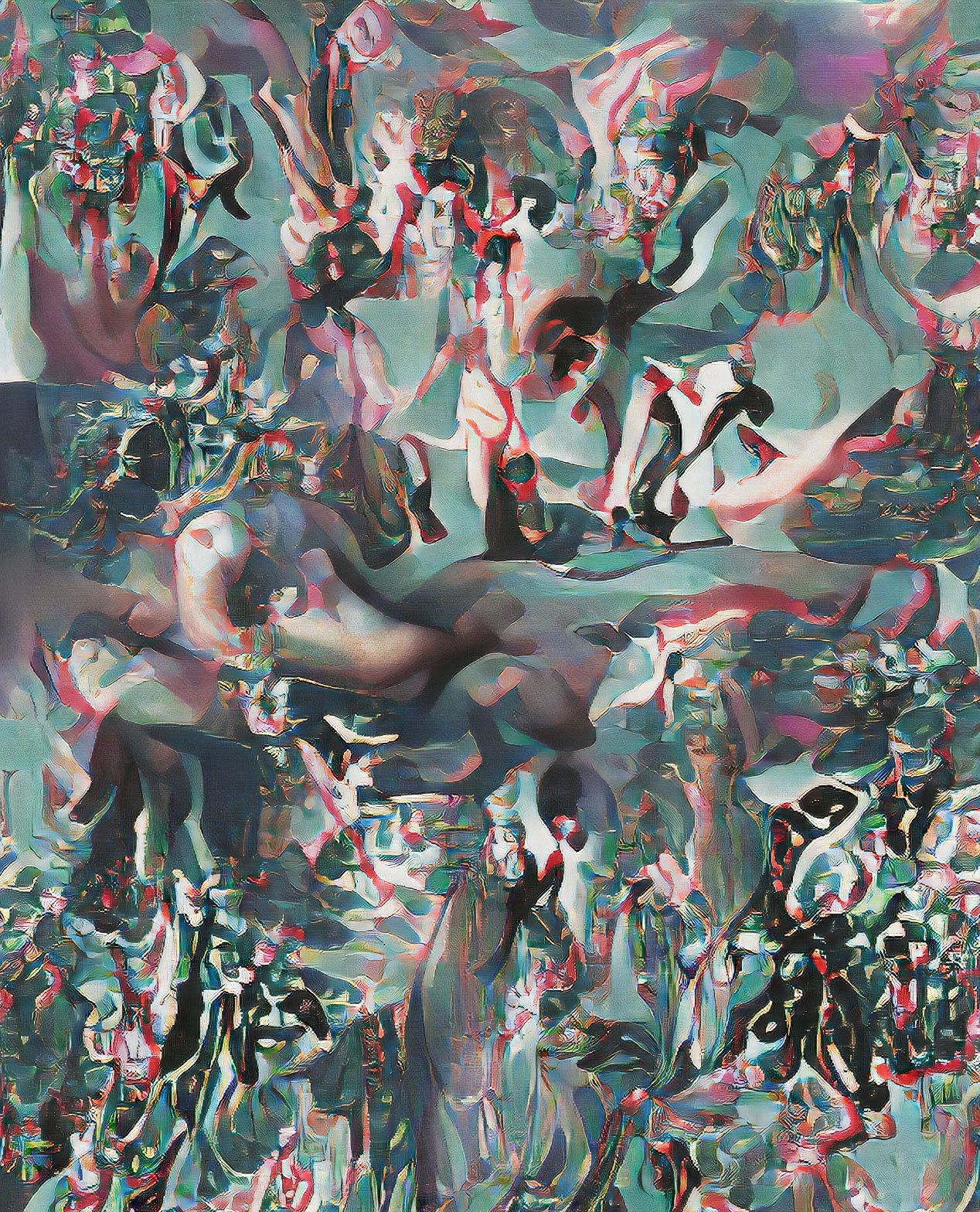 August Zwieser is an earthling of the Western Hemisphere, with 100% proletariat pumping through his veins, a monument of the working class. He is a provocation standing in the room, which zap like a remote condition non-stop by the television channels of the society.